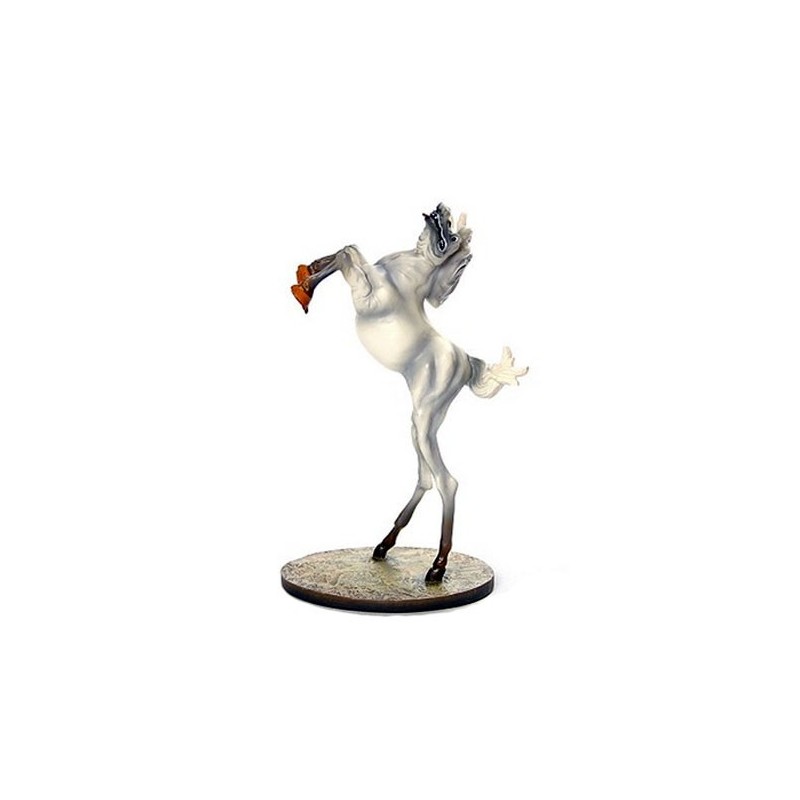 The temptation of Saint Anthony (Horse)

Size 7 3/4"Year Release 2007Sculptor: Parastone StudiosDescription:The temptation of Saint Anthony (1946) After the Second World War, Dalí converted, by his own account, to mysticism. The beginning of the Atomic Era strongly influenced his thinking and led to a strong spiritual foundation for his paintings which he made with a great appreciation for the classic art of painting. The temptation of Saint Anthony originated from an entry for a film poster competition. It shows Dali’s nuclear mysticism in all its fierceness. A naked Antonius wards off a frightening mounting horse with a sword, which, standing on legs as thin as gossamer, defies the laws of gravity. The Saint tries not to be seduced by the earthly temptations, symbolized by the horse as a symbol of power, followed by almost floating elephants which carry on their backs symbols of lust and greed. Here Dalí dovetails with a classical painter’s theme, which before were used by the painters Bosch and Breughel, Dali’s surrealistic predecessors. Dalí, though, let the frightful temptations act in an alienating world between heaven and earth. However, this "levitation" will later reappear frequently as a theme in his work.

5 other products in the same category: 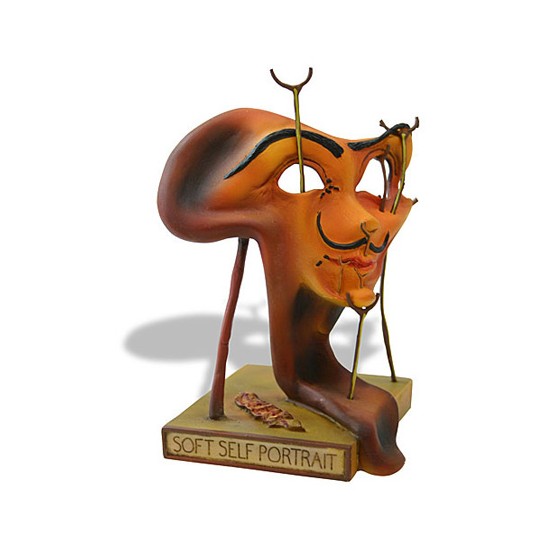 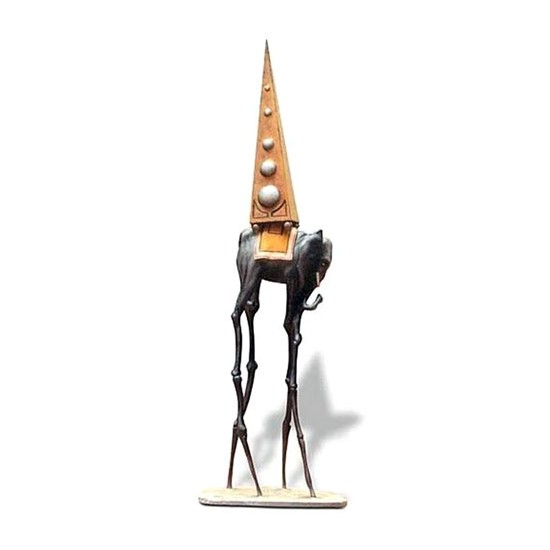 The Temptation of Saint Anthony 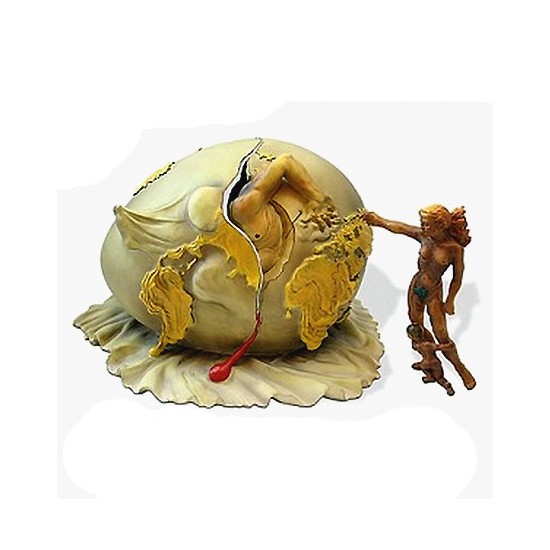 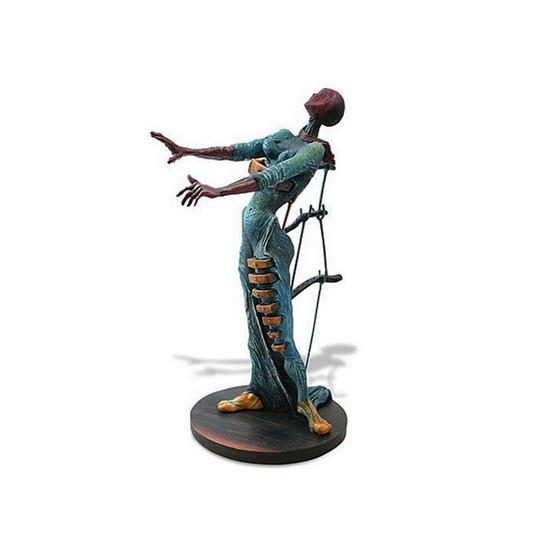