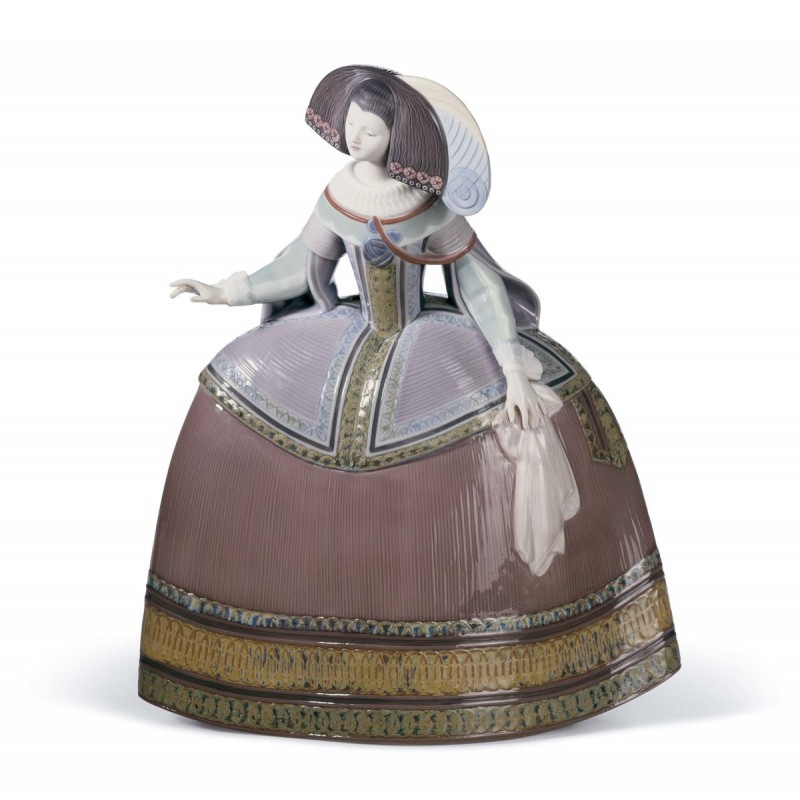 This figure transports us to the sumptuous atmosphere of the Spanish Golden Age, a time that the great brush of Velázquez forever associated the expression, between serene and haughty, of the meninas of the court.

With this denomination, of Portuguese origin, it was designated to the women who from girls entered the service of the queen or the infantas.

The new Menina is a continuation of its predecessor, the Lady of the Spanish court, but with an original aesthetic based on geometry.

It belongs to the Utopía Collection of Lladró.

Free as the wind

Love is in the air

€289.26
 Quick view
Reviews
We use a comment moderation tool on this website to ensure the correct use of customer reviews. All the reviews on this page are ordered by date. You can read our review system rules here: Privacy Notice