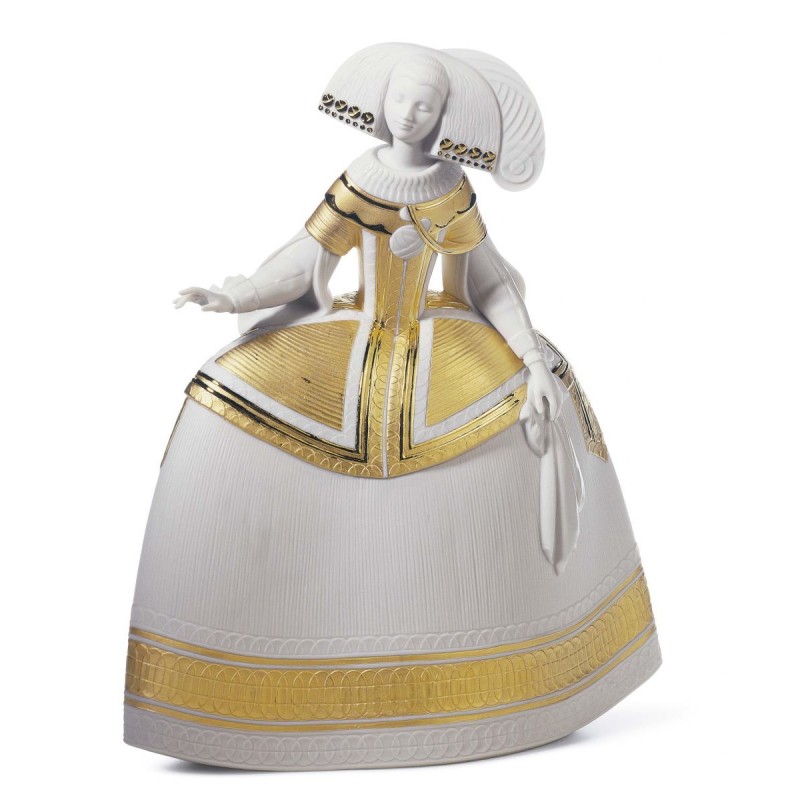 Menina Gold has courtly elegance and the distinguished gesture of a great lady.

It belongs to a noble lineage portrayed by the best painters of Spanish art, from Velázquez to Picasso.

His beautiful attire, between classic and avant-garde, stands out for the application of a technique that, although it has a long and illustrious tradition, is an aesthetic innovation in the work Lladró: the golden luster.

Hence, this sculpture, the first with this exquisite finish, embodies perfectly the values of Privilege Gold.

€504.00
 Quick view
Reviews
We use a comment moderation tool on this website to ensure the correct use of customer reviews. All the reviews on this page are ordered by date. You can read our review system rules here: Privacy Notice